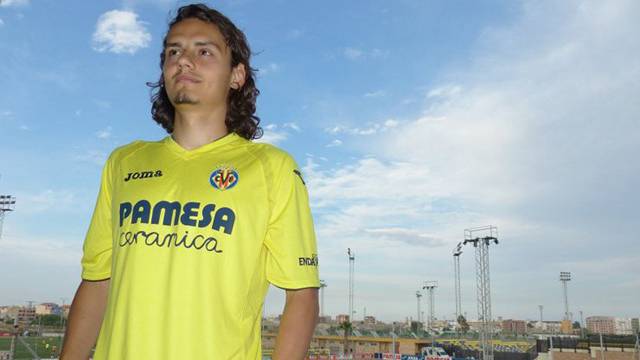 Turkish striker scored 19 goals on loan at Twente last season. Deal includes a buy-back clause in the region of £17.5m

Enes Unal has left Manchester City for Villarreal in a £12m deal which includes a buy-back clause in the region of £17.5m.

The 20-year-old has agreed personal terms with the Spanish side and signed what is believed to be a four-year contract.

Unal joined City for £2m from Bursaspor in 2015 and the Turkish Super Lig club will receive a development fee for the latest transfer.

The striker had not been short of options following an impressive loan spell at the Dutch club Twente. Lille, Valencia, Monaco, Schalke, Porto and Benfica had all registered an interest before Villarreal clinched the deal.

The Turkey international is unable to secure a work permit to play in England under existing Home Office regulations. Unal would have had to have featured in at least 45% of the Turkish national team games over the past 24 months, which he has not, or apply for a permit under the “exceptional talent” criteria.

He has been out on loan for both seasons since joining City in 2015. He spent six months at Genk in Belgium followed by a brief stint at NAC Breda in 2015-16.

Unal then joined Twente in another temporary move and scored 19 goals and provided four assists in all competitions. He finished the season as the highest-scoring Turkish player in Eredivisie history, with 18 of his goals coming in the league.

The striker was called up to Turkey’s most recent two games and came on as a substitute in the 2-0 victory against Finland and started the 3-1 win against Moldova. The head coach, Fatih Terim, is expected to include Unal for the next round of international games against Macedonia on 5 June and Kosovo on 11 June.

Unal has been expected to reach the very top since breaking through at Bursaspor, for whom he scored 182 goals in 110 appearances at youth levels and for the first team. He scored 24 times in 25 games for the Turkey Under-16 team before making his debut for the seniors against Luxemburg aged 17. Aged 16, Unal became the youngest player to score in the Turkish top flight with a goal against Galatasaray.