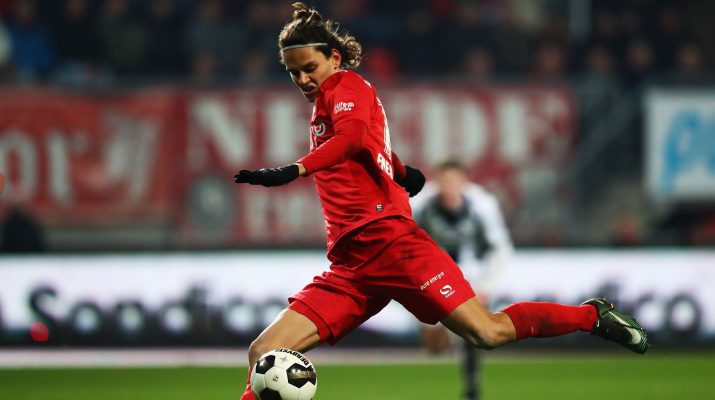 After news that Serie A side Lazio would like to sign Manchester City wonderkid Enes Ünal, Italian newspaper Gazzetta dello Sport today has news that even bigger clubs are on the 19-year-old’s trail.

German giants Bayern Munich and Borussia Dortmund could provide competition for Lazio in signing Ünal according to the famous Italian newspaper, but that would require Manchester City to actually want to sell one of their most talented young players.

Because of heavy interest in the forward, who has 17 goals in 29 league appearances for FC Twente this season, it is thought that City could already demand over €10 million (£8.4 million) if they were to sell Ünal in the summer transfer window.

City are in no hurry to decide Ünal’s future and he will join Pep Guardiola’s squad for the summer tour of the United States, where the Catalan boss will have a look at the talented teen before deciding his future. If Pep decides not to integrate him into the first-team squad, then another loan move could be preferred to an outright sale.

CityTV recently caught up with Ünal to speak about life in Holland and his progress and development so far:

For a limited time, you can get your hands on a Manchester City official shirt from just £30 for adults and £22.50 for children.